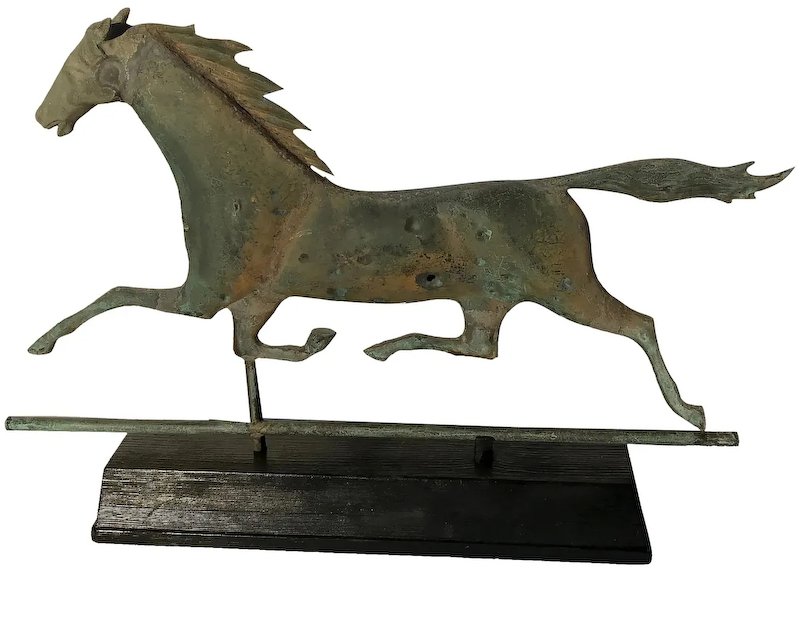 ONLINE – It wasn’t the same as walking the aisles of the buildings at Dutchess County Fairgrounds in Rhinebeck, N.Y., but Barn Star’s live online show hosted on the RubyLane.com platform over the weekend of May 30-31 and June 1 gave Rhinebeck’s loyal exhibitors a chance to show and sell their antiques, collectibles and fine art directly to online customers while providing exposure to an international audience. It was just another example of the rapid adaptation of show promoters and their customer base in the unprecedented landscape created by the COVID-19 pandemic.

The “show” opened its doors at 11 am on May 30, and by 11:10 pictured items already began showing the “Offer” legend, indicating that dealers were open and ready to consider transactions within 10-15 percent of the advertised price. By 11:15, items began showing a red “Sale” tag, such as a figurine being offered by Patricia Funt, the New Canaan, Conn., antiques dealer, who has a regular virtual shop on Ruby Lane. “Here’s a lovely German bisque head doll from the late Nineteenth Century or early Twentieth Century,” read the item description. “It’s 20 inches high, fully articulated, with open mouth with four inset upper teeth. The body is composition, has pierced ears and a mohair wig.” The price for the figure was negotiated down a bit – to $535 from an ask of $595 – thanks to a feature that allows the shopper to email the dealer, and it was noted that at least four other shoppers had interest in the figure.

Said Funt, “The online Barn Star Rhinebeck show was definitely a departure for me. As soon as I heard about it, I was trying to think what I could do to make the show come alive and personal as an online show. I wanted it to have some of the feeling of an in-person antiques show. I was asked if I would make a video to promote the show. I had my daughter do a video of me showing the fresh items I would ‘bring’ to the show. I held them, described them and showed the enthusiasm I have for the things. I like the unusual, the unexpected antiques and I showed a tall wooden folk art whistle in the form of a man in uniform, an Edwardian silver pin cushion in the form of a roller skate, an aboriginal shield that looks like modern art, among others.

“When the show opened, it was hard to read the customers. You don’t see them so it’s easy to feel like nothing is happening. But after a while, sales started coming in. There was a definite difference in that people weren’t negotiating. Two pairs of candlesticks sold, which is uncommon coming into summer. A variety of pieces sold and they went to people from California to Maine. I’m definitely looking forward to the next online Barn Star show on June 20 and 21. Although there’s no substitute for dealing in person, there are great benefits to a show with this far a reach.”

Another early sale was a flowing carved chair that once had been a walnut tree trunk. Found in a Bucks County, Penn., barn buried under lots of junk, it was being offered by Karen and Albert Vintage Whimsy, also Ruby Lane regulars. Carved in the 1950s of local walnut, possibly from the Nakashima workshop, since his studio, home and base of operations were close by, it finished at $975 from its $1,800 ask price. The dealer offered “white glove” delivery or local pickup as the chair weighed more than 100 pounds. 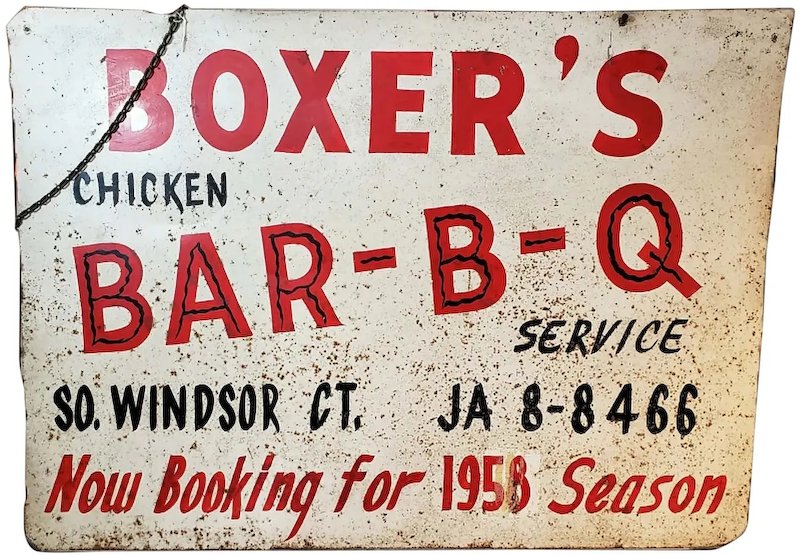 Fine art dealer David Smirnoff, no tyro when navigating the e-commerce space, scored with the sale of a 1940s oil on board, 32 by 24 inches, by listed New York artist Henry Kilmowicz (1918-1973). Titled “Where Broadway Begins,” it was among some 86 items offered by the dealer.

Even online show promoter Frank Gaglio got into the act, offering, among other items, a graphic, circa 1900, multicolored and incised two-sided parcheesi and checkers slate game board in what he described as “beautiful played original condition.” The parcheesi side exhibited worn paint revealing a subtle yellow underground primer with “HOME” in the center. The flip side was a checkerboard with “Square in Circle” design game worn squares adding to the board’s artful nature. He priced it at $675. While that item did not sell, Gaglio dispatched a weathervane to New Jersey and a red sugar bowl to Naples, Fla.

Jewelry specialist Jamie Shenkman, Croton-on-Hudson, N.Y., is a Ruby Lane regular. Her online shop typically sells two or three items a week. This time she noticed a significant uptick in new visitors, thanks in part to being prominently featured among the show’s dealers, and she picked up four new subscribers to her eblasts over the weekend. “I got a tremendous amount of hits or click-throughs. More people looked at my merchandise than ever before. People are still buying,” she said, although she added that she was unsure her modest sales over the weekend could be attributed to being featured as a participating dealer.

“I am grateful to the exhibitors who participated and offer sincere thanks to Ruby Lane for hosting what was its first online show,” said Gaglio afterwards. He noted that there were “lessons learned” that will be applied to the next event, scheduled for June 20-21. For Gaglio, the secret sauce of live shows is the sense of anticipation and exclusivity that comes from folks waiting in line for the gates or doors to swing open. “At a show like Rhinebeck or any other brick-and-mortar event, 75-80 percent of the merchandise is sold in the first couple hours. Unlike the May online show, our June show will be done without a ‘preview,’ that is, posting the items before the event opens.”

It is a difficult transition for some seasoned dealers to make, he noted, because although they avoid the physical labor of setting up a booth, there is much unfamiliar computer work necessary in posting photos and descriptions, as well in negotiating with online buyers through phone and email.

“Still, I am enthused to be in a partnership with Alex Gardner and Ruby Lane to present to all of my dealers an opportunity to benefit from showing and selling on an international platform, getting to meet in many cases a whole new audience. We look forward to making the site easier to navigate as well as eliminating the two-weeklong ‘preview,’ keeping the show fresh and exciting. I am really looking forward to the June 20-21 show.”

Themed “Treasures At A Click” and again hosted on the Ruby Lane platform, it can be accessed at www.rubylane.com, or for information, www.barnstar.com.